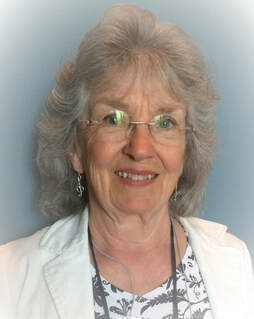 For over sixty-five years, Padge Weait (AKA Margaret Barstow) and Christopher Weait have shared their love of music. Her appreciation of chamber music (and Chris) began when she was fourteen years old and Chris asked her to bring her 'cello to play the Beethoven Septet with a group of friends.

A private 'cello teacher for many years, her professional playing career included free-lancing in orchestras and shows in Toronto for 17 years and as cellist with Tafelmusik, Canada's Baroque Orchestra. She played for another 17 years with the ProMusica Chamber Orchestra of Columbus, Ohio.

​She can be heard on several recordings with Chris on which she also functioned as producer and editor. Chris and Padge performed as a duo for many school concerts and with keyboardist Monica Gaylord as the Canzona Trio on their tour of Europe.

​Even as a child, Padge always loved sewing and "inventing things". Now she and Chris collaborate on ideas for products to enhance, improve and embellish the world of music.
Proudly powered by Weebly